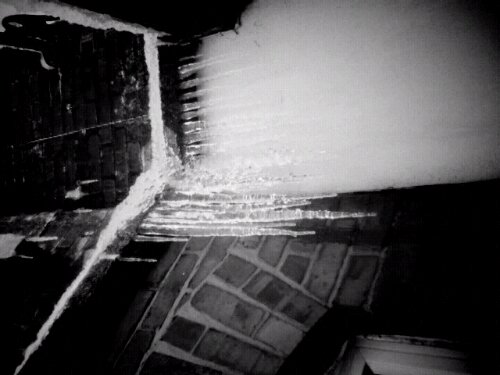 In the midst of the debate on the Irish bailout and the crumbling government, our Dail took a brief timeout to welcome the North Korean ambassador. Thankfully, I wasn’t the only person who noticed this or I would have been questioning my sanity. 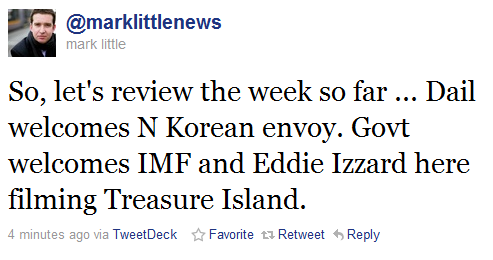 But they did broadcast this episode of Scannal last night, about Allied Irish Bank’s insurance subsidiary Insurance Corporation of Ireland which collapsed in 1985. The taxpayer paid to bail out Allied Irish Bank. As far as I can tell, the bailout payments that were levied finished in 2009.

The full version of the program is available here until December 13th. Highly recommended viewing.

I like the bit where Lenny says “lets be clear about this” before obfuscating completely. Also, the audible sigh from Paxman at 2:25.

My favourite part is the communications director from the Construction Industry Federation saying with a straight face that a shortage of housing in Ireland is imminent. These people are nothing if not determined in their spin.

“I just couldn’t imagine that property could fall by seventy or eighty per cent.”

How unimaginative of him.

Just for posterity, here’s a screencap of the CNN international edition website from this morning. It’s good going for a great little country like Ireland to scoop both leads, no?

At the same time, the Financial Times seems to have noticed some of the more important news leaking its way out about not attempting any more bond auctions until after the budget.