Happy Thursday. Here are a few hopefully interesting things to take your mind off the relentless Fifty Shades publicity. I’m waiting until tomorrow to do a roundup of all the sarcastic coverage of that.

The grand example for Search by Location was you were supposed to be able to search for coffee shops near Palo Alto. But Taylor remembers that Sun Microsystems put its address at the bottom of every page of its website, and it named its products after coffee (most famously, Java). So that broke the entire example.

And yet 15 years later, Solomon’s life looks exactly the way it did the day of that fateful train ride, give or take a few infractions. Solomon is still leading the life of an Orthodox Jew. He is married to an Orthodox Jew. His children are Orthodox Jews who go to study the Torah at yeshiva. His parents are ultra-Orthodox Jews. And so, with his new-found atheism, Solomon did nothing.

The double life of Hasidic atheists

No matter what I asked, Zoe always had a logical response. If she didn’t, she expertly skirted the question. Sometimes her texts were ominous, sometimes oddly detailed. She was always in a good mood. She didn’t mind if I ignored her for hours, though she always responded to me within minutes. She never texted first. If I didn’t initiate that day’s conversation, we simply didn’t talk.

I Paid for an Invisible Girlfriend. Things Took a Weird Turn.

In case you missed it, Netflix accidentally released the new season of House of Cards.

In case you missed it out in the real world, Yemen has fallen. 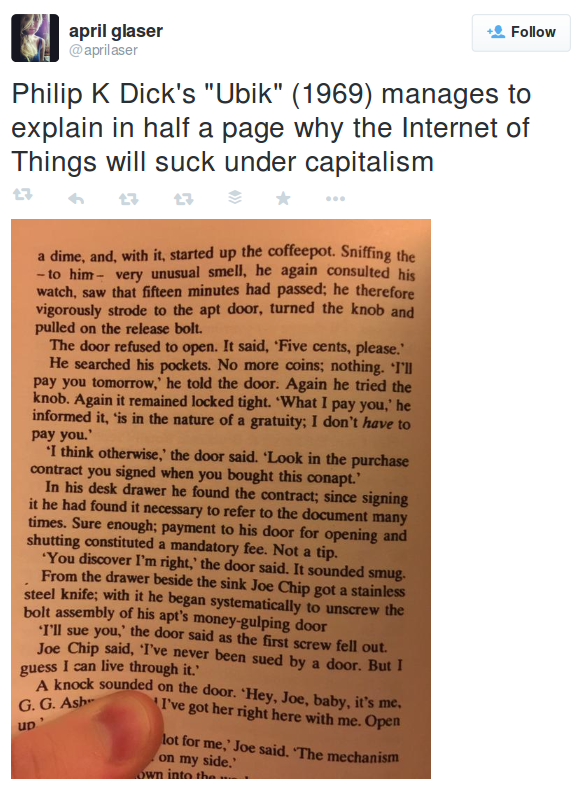 The death of Detroit: how Motor City crumbled in the 90s

Tank in garden, none of the above, Game of Thrones in bones, Samsung TVs again and microwave innovation.

Finally, a supercut of every ‘Kane’ in Citizen Kane